Download Beat the Boss 4 Mod APK Unlimited money and diamonds for an oddly satisfying gameplay of beating the hell out of your boss. Get access to all the weapons and upgrades.

About Beat the Boss 4

Entering the workforce, a lot of us are likely to have encountered or currently under the watch of bad bosses. You may have played over and over in your head the many ways you want to get even with that boss. As much as you want to take avenge for their overbearing or arrogant ways, it’s just impossible in real life. You just can’t do harm with your superior without risking your job. Beat the Boss 4 gives you the venue to let all your hidden anger out. 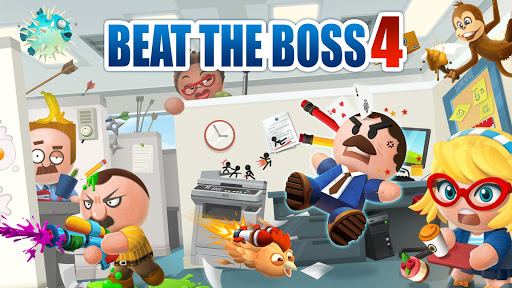 Beat the Boss 4 is the latest sequel to the series of games with the same plot. Vent out all your frustrations at work in the nasty bosses in the app. There are various stages to go through where you will meet the respective bosses. The game just keeps on getting exciting as you will find yourself in different settings for each stage. Build your experience to get access to more maps and bosses.

Suffice to say, you will be amused with the creative array of weapons at your disposal. It is like pulling a prank but on a higher scale. You can choose to attack the boss with pencil, dart, water balloon, taser, toon splatter gun, and 100 other weapons. Earn coins and trophies as you beat the boss to the ground. If you are squeamish, you have the option to customize the blood splatter and its color. 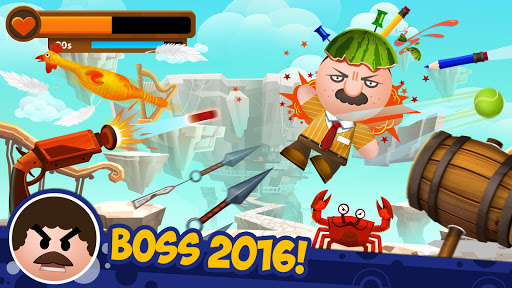 Beat the Boss 4 comes back with better graphics in high definition. Despite the violent nature of the game, its colorful graphics brings life to the game environment. The illustrations are a good mix of meanness and mischief. The cartoony look of the characters and the locations add to the entertainment. The details in the overall art are very impressive.

Complementing the visuals is the outstanding sound effects. The attacks become realistic with the accurate execution of screams and moans, as well as the sounds from the weapons.

Let out all the stress from the real world and beat your boss, if only in a game. Enjoy unlimited coins with Beat the Boss 4 Mod APK free download. Get easy access to all the maps, weapons, and bosses with this Mod app.

Choose your weapon and beat the hell out of the nasty boss.