Download Bullet Blender MOD APK and start playing one of the most unique and engaging gameplay ever made. You’ll easily get addicted to it and would never quit playing.

Do you love shooting games? Did you ever try to curve the bullet in any game? If no, and it sounds interesting, then you can download Bullet Blender for Android.

The gameplay is totally based on blending the bullet. If you’ve watched Hollywood movie Wanted that released in 2008, then you’ll get the exact idea of what this game is all about. 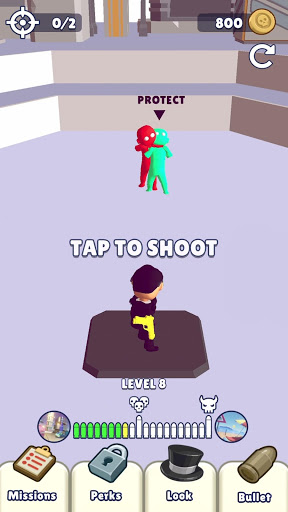 All the graphics here are simple and in entry-level 3D format. But don’t worry, you’ll not find them ugly or unappealing in any way.

It can easily run on any medium configuration mobile device. There are no special permissions required too.

Gameplay based on mastering your shooting skills

You’ll play the character of a shooter guy. It’s a third-person point of view game, where you take on missions one by one in level-based progress.

There will be several weird situations given every time. The main task will always be a target to be hit. 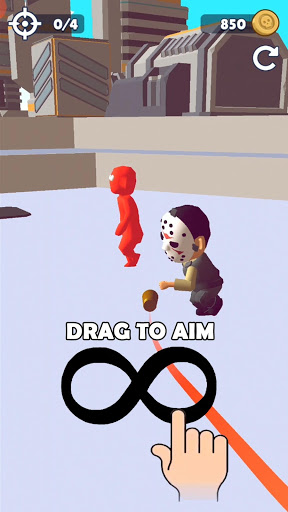 But that’s almost impossible, because, the bullet must not hit or touch anything in between you and the target.

If you want to kill a goon, who is hiding behind an innocent hostage, then all you have to do is shoot in such a way, that the bullet changes its path, moves in a curve, and hits the guy behind.

Sounds interesting? There is no way you’re going to find this feature in any shooting game. But sit back and relax.

If this type of mission appeals to you and if you’ve enough guts to prove your skills, then take the challenge by playing the game.

Forget stupid in-game physics, as all the mechanics and physics implemented here are realistic. But beware of the controls, they might trick you into losing the challenge. 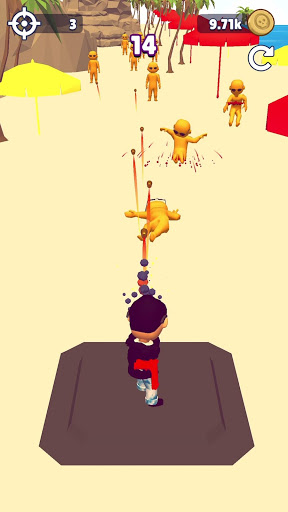 Keep on upgrading, or else, you’ll be left behind. Warn rewards on each successful mission completion.

Keep in mind that this is just a game, and must not try such stunts in real life.

Everything on-screen is all 3D. But you won't be able to notice any detailing on any object. Along with that, the level of clarity is average too.

When talking about the color tone, its fair and pretty bright. You can easily play the game for hours without affecting your eyes.

Even the animations are just average, but that’s totally senseless. All you have to do focus on curving the airborne bullet.

If you think you’re amazing at shooting, think again. There is no way you’ve tried stunts even in hi-fi games, that you can do here. Do it all for free in Bullet Blender MOD APK free download. Download now!