Download Flip Jump Stack MOD APK and start experiencing one of the craziest and daring athletic games ever. You’ll easily get addicted to it and would never want to quit playing.

Do you have enough guts to push yourself towards high-risk maneuver and land on solid objects? If yes, then download Flip Jump Stack for Android.

The gameplay is based on jumping from great heights, doing crazy in-air actions, and finally landing alive on solid grounds. 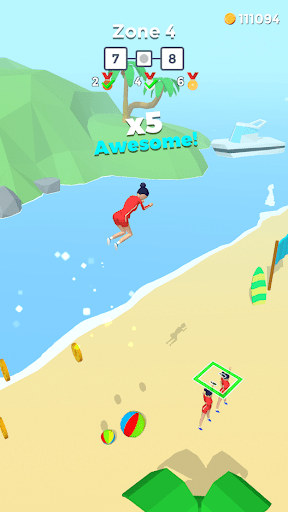 This insanely awesome game is runnable on most medium configuration mobile devices. Apart from that, there are no other special hardware requirements.

This game is set in a third-person point of view. You’ll play the character of an athletic girl, who can do crazy actions and stun the world.

If you’ve done water diving, then maybe you’re awesome, but jumping and landing on solid objects is really cool stuff.

It’s a level-based game, where levels are called “Zones”. Every zone requires you to jump from great heights and land on ridiculous surfaces. 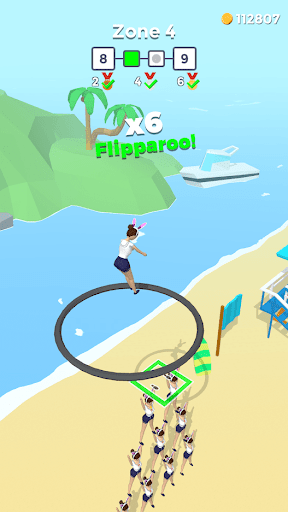 Of course, as you progress, the level of insanity will progress too. Don’t worry, that’s always going to result in breathtaking views.

Not only you’ll make your character jump from such heights, there will be a lot of obstacles too. All you need to do is perform some mind-blowing actions to dodge them or else you’re toast.

Along with that, don’t just make a simple fall. Make some amazing stunts such as flipping, rolling, etc. in mid-air.

Some zones feature trampolines, or a sequence of them. Many times, humans will be there to catch you on the ground too.

To land perfectly, there will be a guide ring, and you must go through it to land on the correct spot. Failing to do so will take you somewhere else.

Don’t worry about adjusting with the in-game and real physics. The game makes use of ragdoll physics. After all, the is all about mastering the subject. 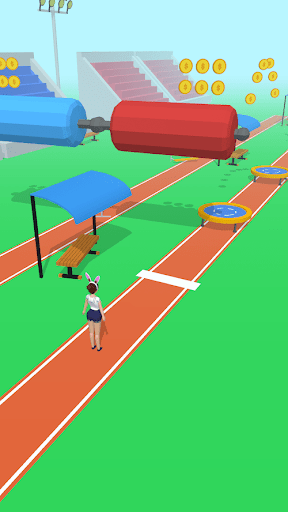 The controls are so easy, that you can play it with one finger. But remember that playing is easy, and winning is a real challenge.

Completing zones will reward you gold medals. So push yourself to achieve them.

The color tone is fine, pretty fair but mostly bright. When talking about the level of clarity, its above average.

Similarly, detailing here is acceptable. The entire appearance of visuals is cartoonish. However, the most important part is the animation.

Clearly, the game is designed in high frame rates, so you won't face much difficulties in handling your player.

Flip Jump Stack! MOD APK latest version will give you: 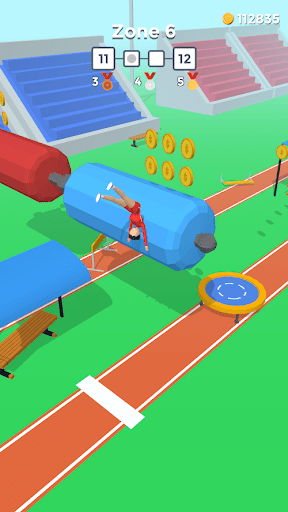