Download Super Sniper MOD APK and start snipping stuff just for fun. This is an endless game, which can make you addicted to it easily.

Do you love to shoot, especially snipe? If yes, then here is a great game for you to try out. Download Super Sniper for Android now.

This game is all about aiming and pulling the trigger. There is no hard and fast gameplay, so you can always relax and take your own time. 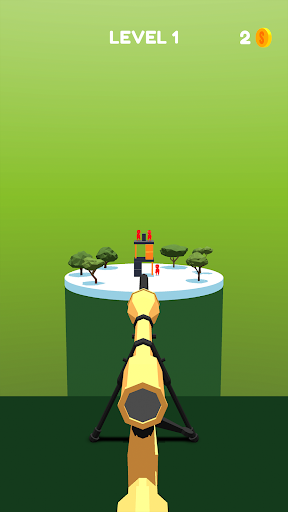 All the graphics are designed in a 3D format. However, most of the game is made to appear simple and plain.

You can play it on most medium configuration mobile devices. Some low-end phones might support too. It doesn’t need hi-fi resources.

It's all about snipping!

This is level-based gameplay. The objective here is to shoot the given objects with your sniper rifle.

In the beginning levels, things will be smooth and easy, but not for too long. Be prepared for the real challenge as you progress. There are no real effects such as aiming issues due to breath. The game is rather easy to play with a motive of satisfying your snipping needs.

Apart from the main objective, here is a lot more to do in the game.

Huge Limitations you must know about

It has been reported that the content starts to repeat after reaching a certain point. This of course impacts user satisfaction. You might notice a repetition of levels with minor changes.

The advertisements and their frequency can kill the gaming mood. Also, there are some bugs such as game freezing even on high-end phones. This can be annoying. 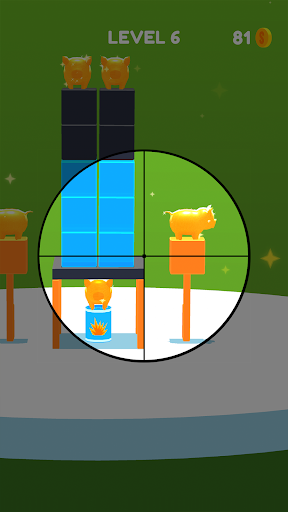 Loading time is higher, and many times, the game takes a lot more than usual just to load a level. If this happens with you, don’t blame the hardware, as it’s the app’s fault.

If you love stickman graphics, then here is a piece of good news for you. All the humans are actually 3D stickmen.

The overall touch and feel of the visuals is very soft and damp. Mostly, the background is plain and simple.

When talking about the animations, they are just average, and this again will cause huge pains when controlling your guns. 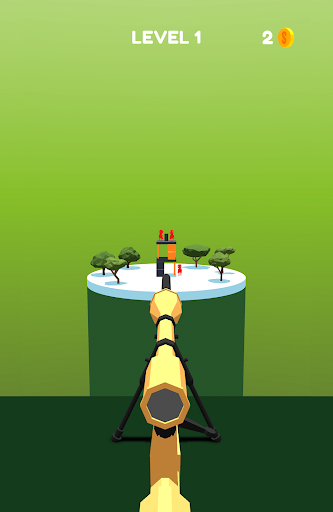 Here, the color tone is normal and satisfactory. However, it does make use of several colors, making all the screens appear colorful.